The jury is made up of some of Italy's best photographers, industry experts and designers who have worked for prestigious publications and educational institutions in the country. 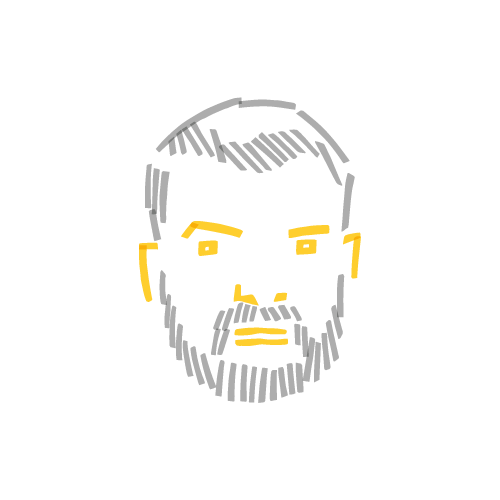 President
Reporter Magnum
Lorenzo Meloni is known for his photography covering conflicts in the Middle East. Hecovered some of the most decisivebattles in the war against the Islamic State.

Between 2012and 2014, he lived in Beirut and dedicated himself to long-term projects regarding the aftermath of the fall of Gaddafi in Libya, the Syrian conflictand its impact in Lebanon. His work mainly focusedon the effectsof the Sykes-Picot agreement and the military and political intervention of the West in the Middle East.

His photos are represented in private and public collections, including the Banco Sabadell Collection, the Incite project and the Bibliothèque Nationale de France. Meloni’s works have been exhibited at various international festivalslike the Venice Biennale, Visa pour L'image, Les Rencontres d'Arles, Boutographies and FotoLeggendo, and featured in the world’s leading newspaperssuch as TIME, Le Monde, The Telegraph, and Vanity Fair.

In 2007, she started her career with an apprenticeship at Young&Rubicam, where she was able to gain in professionalism, thus becoming Senior Art Director dealing with leading Italian and international brands of the food and telecommunications sectors.

Motivated to face new challenges, she joined Leo Burnett in 2016, won different creative pitches and continued to nurture her passion with projects for several brands in the fashion, luxury, beauty, food, tech and finance sector, including Aldi, Beretta, CheBanca!, Fernet Branca, McDonald's and Samsung. She then assumed the creative direction and worked on exclusively digital campaigns.

For more than ten years he’s been devoting himself to combining art and sustainability through projects that aim to spread and raise environmental awareness, especially among young generations.

Giuseppe has exhibited his works in Europe, America and Asia and received many awards, including the prestigious Webby Awards (hailed as the Oscars of the Internet) in 2007.

He has been Creative Director for Italian and international brands, such as Audi, Bulgari, Expo 2015, Pirelli, Sony Music, Telecom Italia, Versace and Volkswagen, and worked alongside artists including Ryuichi Sakamoto, Christian Fennesz and Marithè Francois Girbaud.

Art Director
After his work experience in Milan, Marco returned to Sicily, where he’s been living and working as a professional graphic designer since 2004.

In 2008, he became responsible for the creative department at Caffè Moak and started to collaborate with the graphic design studio of Bob Noorda with the purpose of redesigning a new brand and corporate identity.

Marco is Art Director of For[me]moak, the internal communication agency specialized in research and design, which was founded together with the marketing team.Believing that photography plays an integral role in visual communication, in 2014 he and the creative team set up “Fuori Fuoco”, the international photo contest.

ARTIST and president of Ogilvy Italia
The artist, photographer and Creative Director Giuseppe Mastromatteo started his career as a sound technician and approached the art world choosing photography as his expressive medium.

He graduates from Milan’s Accademia di Comunicazione with a degree in Art Direction.Giuseppe worked as Creative Director for various top leading agencies, such as DLV BBDO, DDB, Y&R and Havas New York.

His works have been exhibited in art galleries, museums and art fairs in numerous locations including Milan, Paris, London, Miami, Beijing, Basel, Istanbul and New York.

In 2006, he collaborated with the Triennale of Milan in the role of Art Director tolaunch the Triennale of Bovisa as well as other contemporary art exhibitions. Giuseppe writes about art and teaches in prestigious institutions of higher learning. He’s living between New York and Milan, where he took up the position as Chief Creative Officer in the Ogilvy Italia communications agency in 2011.

Copywriter
After her experience in international agencies, in May 2008 Stefania joined the BBDO group as Creative Executive Director of the DLV BBDO offices in Rome and Milan as well as the digital power house of the group PROXIMITYBBDO.

She is ADCI president (Italian Art Director's Club) and founder of the Equal Prize for gender equality and inclusion in advertising.

Is CEO and CCO at Serviceplan Italy.
HOMEthe announcement